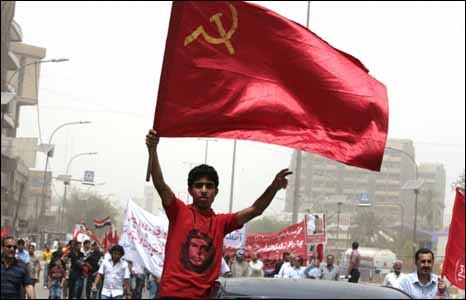 The marchers started off from under Nasb al-Hurriya (Freedom Monument), the national historic landmark in Sahat Al-Tahrir (Liberation Square), moving towards Firdos Square and eventually ended at Andulus Square where a mass rally was held.

The rally, held in front of the headquarters of the Iraqi Communist Party, was addressed by the Secretary of its Central Committee, comrade Hamid Majeed Mousa.

Many democratic organisations joined the march and rally, with banners and slogans calling for working class and national unity, and for defending workers' rights and democratic freedoms. 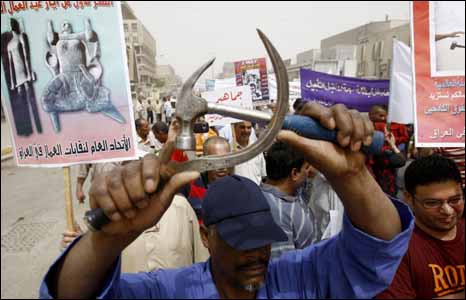 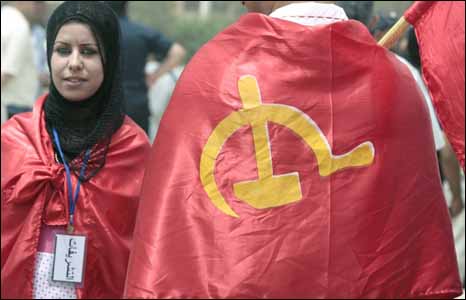