The Iraqi Communist Party has mourned Comrade Mehdi Mustafa Wadi who was cowardly assassinated while he was actively involved in the election campaign of the Civil Democratic Alliance in the city of Mosul, in Nineveh province.
The Political Bureau of Iraqi CP said in a statement that “the hands of treachery and crime have assassinated the party cadre Mehdi Mustafa Wadi (Abu Sh’aib) in front of his house in Mosul” on Saturday evening 20 April 2014.
The statement expressed the party’s deep pain and sorrow for the loss of the martyr, and praised his consistent defense of the toilers and their aspirations. It pointed out that he was fond of theatre, and had recently participated in a play in a celebration of the Communist Party’s 80th anniversary.
The party’s statement said that Comrade Mehdi was cowardly assassinated “while he was heavily involved, along with his comrades, in the election campaign of the Civil Democratic Alliance, supporting its candidates.” It extended deep condolences to the martyr’s family and to his comrades and friends.
Dr Ali Al-Ruafai’i, the head of the Civil Democratic Alliance, also strongly condemned “this criminal act in Nineveh province, targeting the patriotic voice that is represented by the Civil Democratic Alliance” electoral slate. He said that “the existence of the Alliance in the political arena is viewed with hostility by some who want to maintain the political status quo and fear the emergence of a new force that confronts corruption and sectarianism.”
He called upon the authorities to protect the lives of citizens and the candidates contesting the parliamentary elections in Iraq that will be taking place on 30th April 2014.

(Photo of Comrade Mehdi Mustafa during a recent event in Mosul) 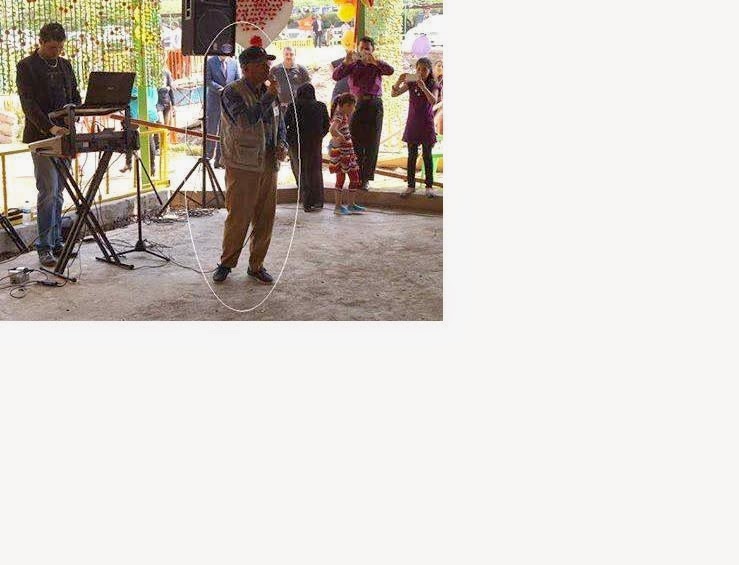