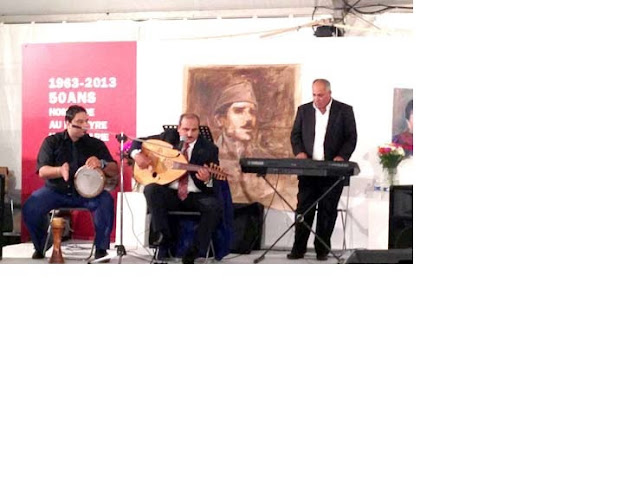 Iraqi CP condemns the threats of aggression against Syria


Iraqi Communist Party condemns the threats
of aggression against Syria

It seems that launching a "limited" military strike on Syria in the coming days is a foregone conclusion after US President Obama announced his decision in this regard and referred it to Congress to obtain its consent, which is not binding on him.
Thus, the war is imminent, and will result in more tragedies for the brotherly Syrian people and aggravate their pain and suffering. It would also threaten to fan the flames of bloody ethnic and sectarian conflicts to Syria's neighbours and the whole region. It is clear that our country will be among the most vulnerable to this threat, due to the existing conditions, environment and potential that would enable the terrorist forces to act across the common border.
While condemning aggression, armed attacks and war as means of resolving conflicts, we point out that the threat by the United States and its close allies to direct a military strike on Syria, under the pretext that it used chemical weapons, constitutes a violation of international legitimacy and the laws and norms of human rights. Any action to punish those who use this barbaric weapon, which really is a crime against humanity, must be based on international legitimacy and UN Resolutions, and should come after confirming the use of this weapon and identifying the perpetrator.
The forces of peace and democracy in the world are, in our opinion, still capable of curbing the aggression by intensifying their anti-war campaigns and escalating popular pressure.
While reaffirming our solidarity with the Syrian people, and our support for their struggle to achieve the right to choose the system that they desire, to seize and exercise their democratic rights and live in safety and freedom, and to stop all forms of repression and attacks on lives and property, we stress the fact that there is no military solution to the crisis in Syria, and no substitute for securing an equitable dialogue between the different conflict parties through expediting the convening of the Geneva 2 Conference.
Political Bureau of the Central Committee
Iraqi Communist Party

To:  The Executive Committee & International Department
Die Linke (The Left) - Germany
Dear Comrades,
The Central Committee of the Iraqi Communist Party conveys to you its deepest condolences for the passing away of Comrade Lothar Bisky, who was a prominent leading figure of your fraternal party, the co-founder of the Party of European Left and former leader of the European United Left bloc in the European Parliament. He will always be remembered for his valuable and inspiring contribution to consolidating the German and European Left, developing new left alternatives for social transformation, democracy and socialism.
Iraqi Communists recall Comrade Bisky’s stance of solidarity with their party and Iraqi democratic forces against dictatorship and war, and his contribution to strengthening the bilateral relations between our two parties.
We share your deep pain and sorrow for this big loss. Please convey our fraternal condolences to the family of late Comrade Bisky, and to all the members and leadership of Die Linke.